« Back to Learning Center

Taking Action Against the Voids Under Your Concrete

Voids underneath concrete are a common problem that many homeowners face. Learn about what they are, their causes, and how you can take action against them to prevent further damage.

If you notice that your concrete is developing empty spaces underneath it, you may be worried about what that means for the life of your concrete.

While concrete voids are a big problem that needs to be addressed, they’re also very common. As long as you have the right information, a good maintenance plan, and a good concrete repair team, the voids under your concrete likely won’t pose a big threat.

However, leaving the voids to worsen and expand is where things can go wrong. Here at A-1 Concrete Leveling, we’ve seen firsthand what can happen when the voids under concrete are ignored.

For that reason, we’ve created this guide to explain what voids under concrete are, what causes them to form, why they’re problematic, and how you can take action against them.

What are voids under concrete?

We use the term “voids” to describe the empty spaces that can form underneath concrete slabs. These empty spaces, or voids, are usually places where the sub-material that the concrete was sitting on settles or erodes away.

The voids can occur because the slab is supported by something other than the sub-material it’s sitting on (i.e. another slab or a wall), which allows it to stay supported as what’s underneath it settles away. Voids are most common when concrete has rebar in it and/or it is rebarred into a retaining wall or the footer of a house.

While it can seem like the concrete will be fine because it isn’t initially sinking or falling with the settling sub-material, if you do nothing to fix the issue, there’s a large risk of it collapsing or causing damage to what is holding it in place. It’s very likely that waiting to address voids under your concrete can cause more damage in the long run.

This is an example of damage that can happen as a result of waiting to repair concrete voids. The concrete had a void underneath and started to settle. When it started to settle on the right-hand side, the left-hand side started to raise, like a teeter-totter. Because of this, it put pressure on the door frame, causing the door to stick and the wooden trim to be skewed, which resulted in additional repairs. 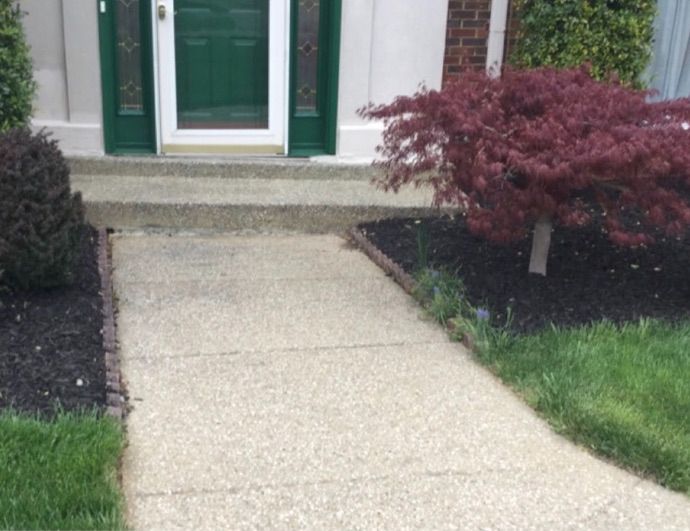 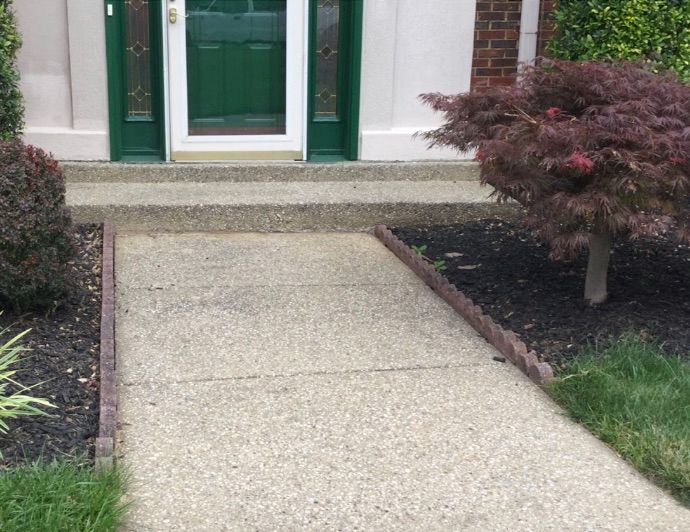 What causes voids under concrete?

Soil and the materials typically placed under concrete settle naturally over time, and when concrete is resting fully on this base, it settles with these materials.

Voids typically open up under concrete slabs when they are supported by something in addition to just the base, like adjoining concrete slabs, or if the slab is rebarred into the structure of the house.

Because the slab is supported by something other than the base that it’s supposed to be sitting on, the slab itself doesn’t settle and stays suspended when the base settles, creating a noticeable empty space. The weight of the concrete pushing down on the sub-material doesn’t have any effect on the creation of voids.

These pictures show how rebar has this porch pinned to the house, while the soil underneath of it has settled. This could have been caused by the downspout not being extended properly or natural settling, or a combination of the two. 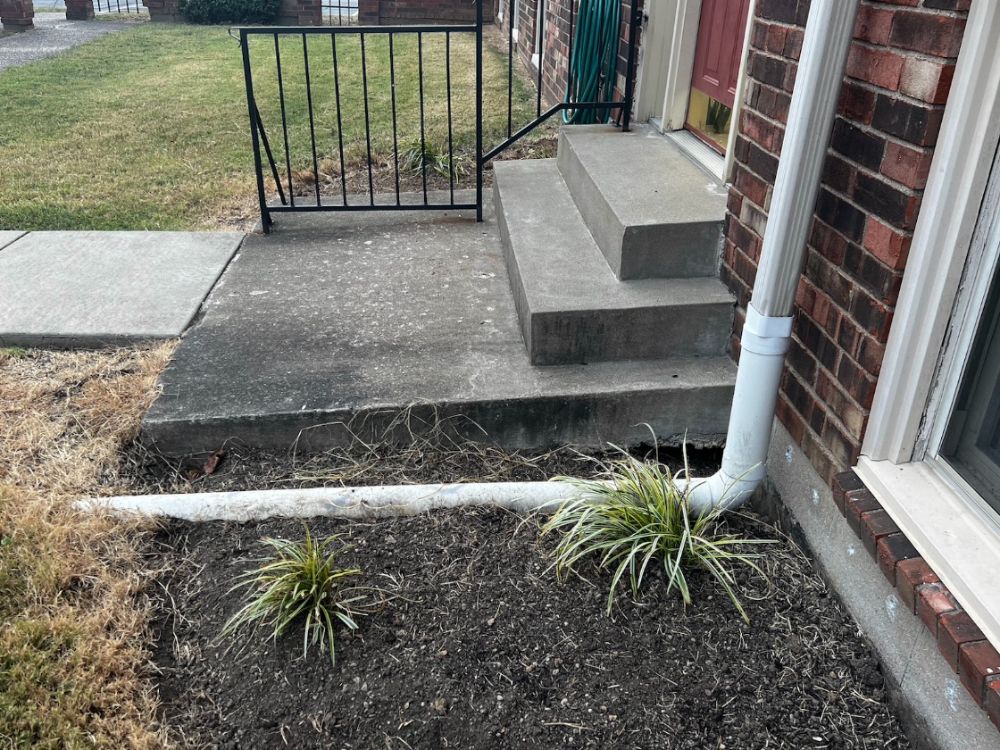 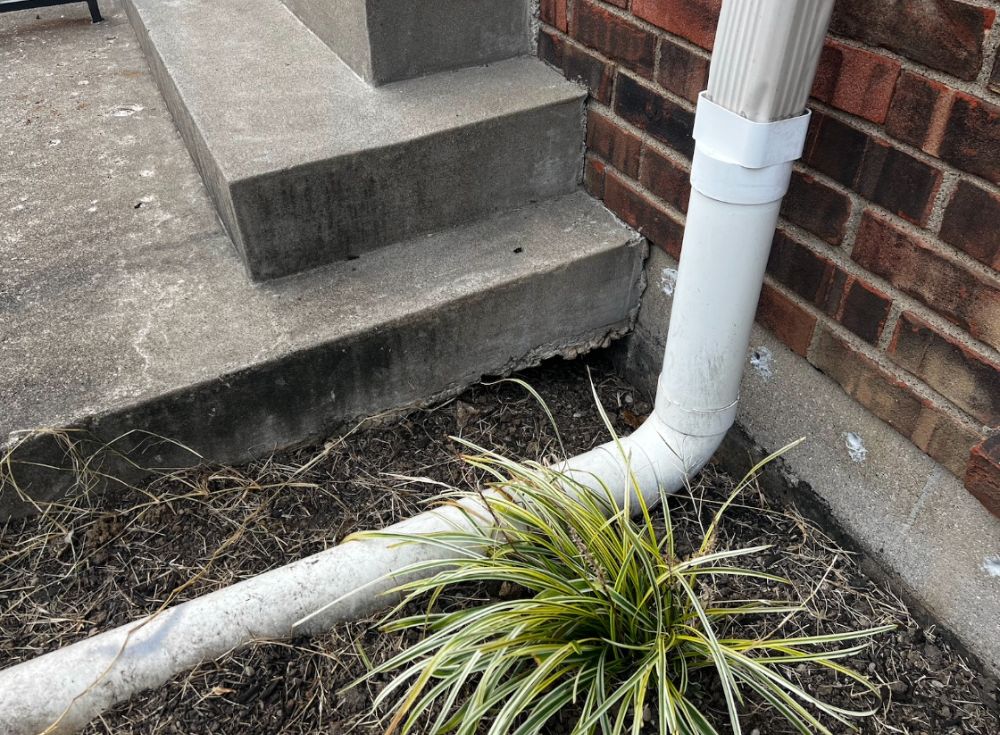 Why are voids under concrete problematic?

When the sub-material under concrete slabs settles in normal circumstances, the slabs settle with it. But because voids typically open up under slabs that are being supported by the walls of a house or connecting slabs, it can cause many problems.

The slabs with voids underneath can pull on adjoining walls or house foundations, causing potentially severe damage to door frames, masonry, and more. They can also pull down the slabs connecting to it, collapsing in on themselves.

Cracking is also a big concern with voids underneath concrete. Because there is an unsupported section of concrete, it creates a weak spot with a risk of cracking.

The main thing to remember when thinking about empty spaces underneath your concrete is that they can cause more damage if it’s ignored and left untreated. The problem doesn’t go away in this case, but rather increases the stress on the surrounding support structures over time.

These photos show steps that developed a void underneath. The customer used a board to keep critters out, but didn't fill the void. Over time, the steps settled and started to pull on the walls of the porch because they were rebarred into place. 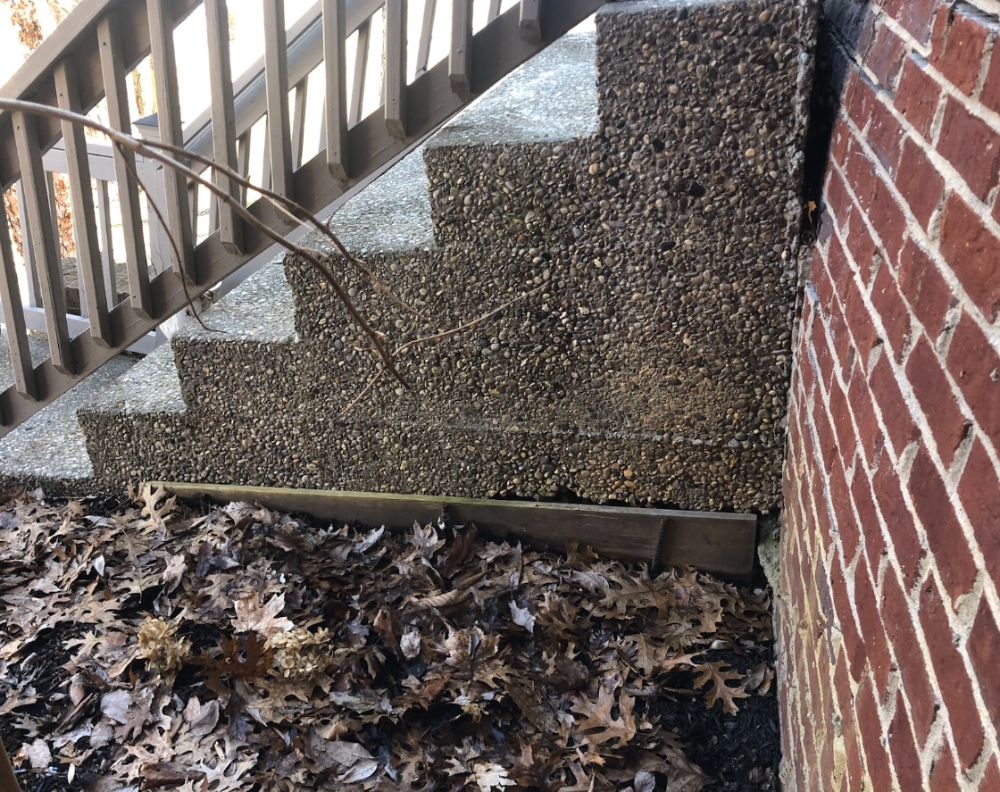 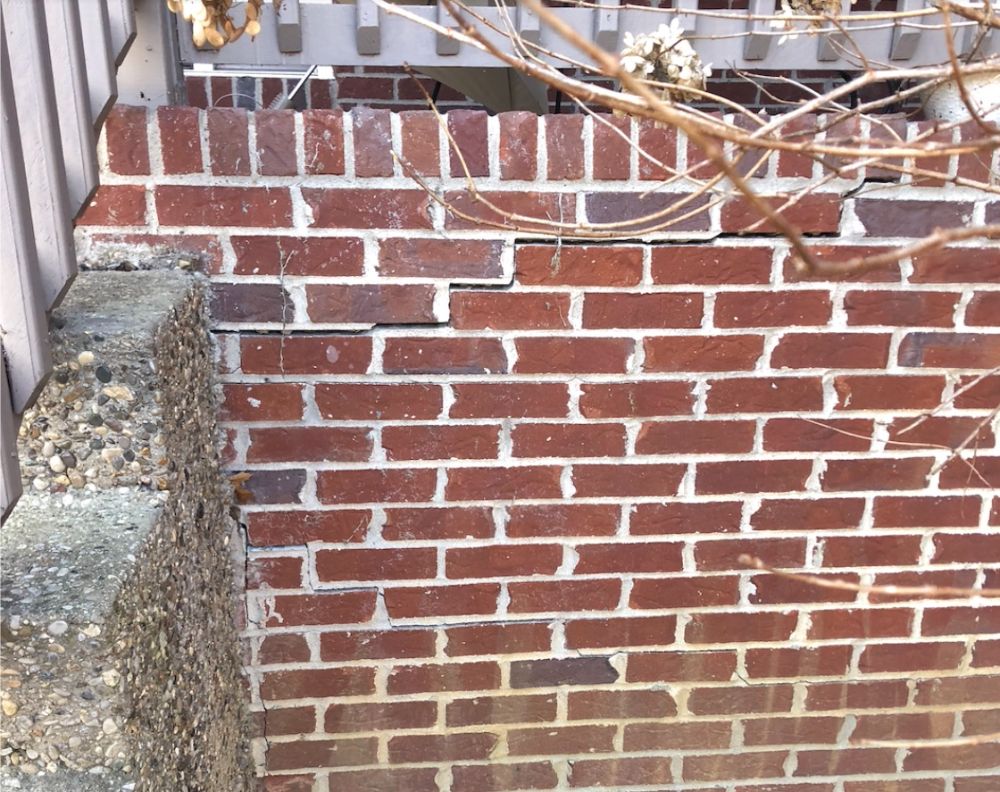 How can you take action against voids?

While there is no complete solution for avoiding naturally-occurring empty spaces under concrete, you can prevent worse outcomes if you stabilize the area before bad damage happens.

Concrete leveling is a great way to do this, as it fills the voids with a strong compound that cures and provides a new base to support the concrete so it no longer has to pull on surrounding structures.

However, you may have to restabilize the area if the ground under the concrete isn’t finished settling. Areas with newer concrete, usually less than ten years old, are prone to resettling.

Voids under concrete slabs can be a big problem if not taken care of properly, but addressing the situation before damage occurs is the best possible plan of action.

A-1 Concrete Leveling has been specializing in concrete leveling and stabilizing concrete voids for over thirty years.

If you’re interested in seeing what the concrete leveling process can do for your home, click the link below to request a free consultation and cost estimate!

Want to know more about concrete maintenance and concrete leveling? Check out the following topics from our Learning Center: 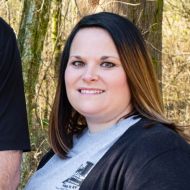 D'Anne is often the voice you will hear on the other end of the line when you call in for your free estimate. She knows the ins and outs of the entire organization at A-1 Nashville. If you need something done. She's the one to make it happen.

My husband heard about A1 Concrete Leveling on a radio commercial. I am SO glad we had the opportunity to work with them. The estimator was prompt and friendly. The price (when compared to the cost and wait time of new concrete) was very reasonable. They leveled a slab on the driveway that had heaved up in one corner 3" due to a drainage issue. They corrected the slant of the walk leading up to our house. We asked if they could fill a void underneath our porch to keep it from potentially splitting. Done. Done. and Done. The office followed up the next day to make sure we were 100% satisfied. That is when I found out this is a local, family-owned and operated business. I would highly recommend A1 Concrete Leveling for your concrete leveling needs.